So Google have put a new engine under the bonnet of its search facility! Google’s Hummingbird is not an updated algorithm or a tweak on top of Panda or Penguin, it is actually a new 6 cylinder, fully ported, turbo charged power unit. 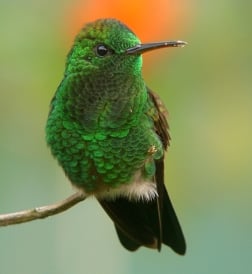 In its efforts to return more intuitive search engine results Google has made quite a few subtle and some not so subtle changes over the last year or so. Google has been making changes to its old engine, some of you may have heard of Penguin or Panda, these were changes to the actual algorithm and were intended to upset some of the less professional SEO people who were using very ‘black hat’ techniques, whilst at the same time honing the search returns. Caffeine was like a gearbox change giving Google six gears enabling faster responses.

While these changes were being made Google (it would appear) was building Hummingbird alongside the existing engine. The switch was around the beginning of September 2013 and for the most part was fairly painless, with few casualties that I have heard of.

We have said for a long time that content is King and now it is not the quantity but the quality of the content that is vital if you wish to perform well on Search Engine Results Pages (SERPS).

If Google wants to up its game on advertising and pulling-in appropriate ads alongside relevant SERPS then it will need better content to search, more accurate information on specific pages. This will work alongside ‘Long Tail Searches’ where more precise questions are being asked. An example of a ‘Short Tail Search’ would be when you type into your Google search ‘Nuts & Bolts Surrey’ a ‘Long Tail Search’ would be ‘Nuts and Bolts 10mm thread Guildford Surrey’!

As you can see there is more information in the search request, Google now has the ability to find all the relevant content that it has indexed and return a more intuitive result.

Not getting the reach you want on Facebook but begrudge spending the money to get it?
June 10, 2017

Is Now the Time to Upgrade Your WordPress Website to SSL?
December 15, 2016

How to engage your audience with a story
September 26, 2016

Still not mobile friendly? Google update in May is looming!
April 25, 2016